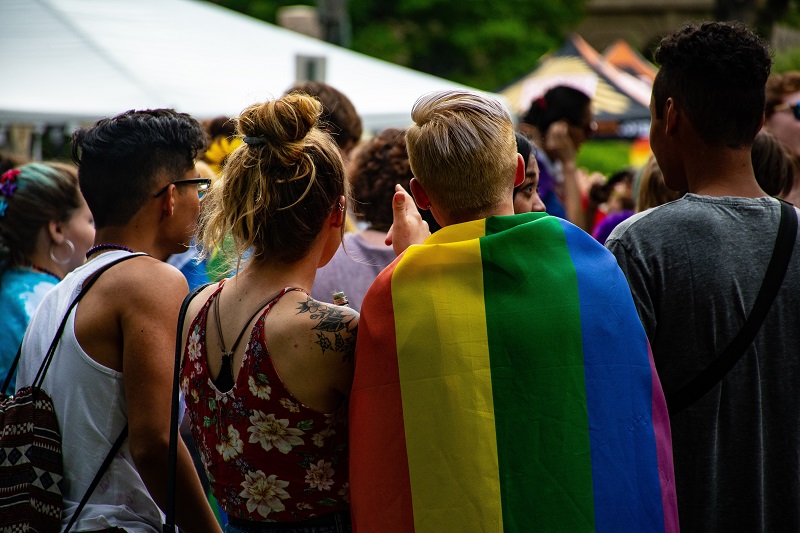 “We had no right to drink coffee in a cafe because we are Roma and gay. They didn't allow us to sit down. "
This is just one of many examples cited by LGBTI Roma when it comes to their rights, their attitudes towards the environment, but also their attitudes towards institutions, and of society as a whole, to their sexual orientation.
"They told us that there was no room for gypsy gays and that we should go to the gas chamber," they said. 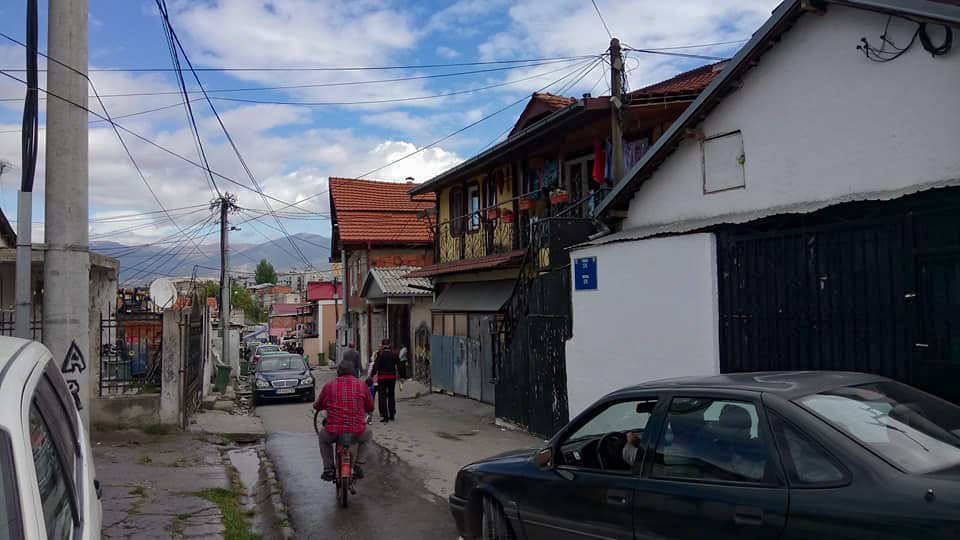 As part of the implementation of the European Union funded project "Mapping the Differences in Roma Housing", which is a sub-grant of the project "Support to Legalization of Roma Housing", additional informal information has emerged in informal communication with citizens as well. Topaana, as well as some of the state institutions, is that the current position of the township - Topaana is a "crab wound" in the preparation of the Detailed Urban Plan - DUP.
Knowing the infrastructural situation in Topaana, some of the competent institutions in the country are also prepared on a so-called "Topaana". a lighter variant called Dislocation of this area outside the current framework.

It goes without saying that there is an option to tear down some of those houses that are now gravitating to that area, and to find another "alternative solution for the citizens of Topaana.

Due to the complexity of this problem, an analysis of the whole situation, as well as the development of a plan that may correspond to the above, or the variation of the adopted DUP within the existing infrastructure, will be underway. The state is on the move! 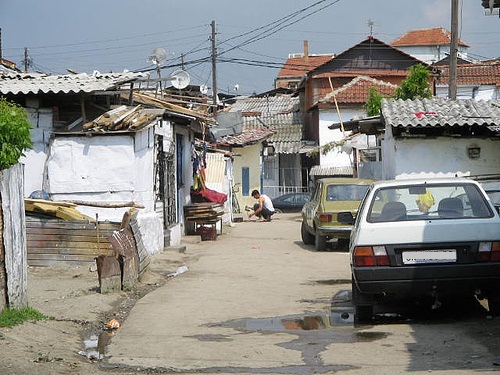 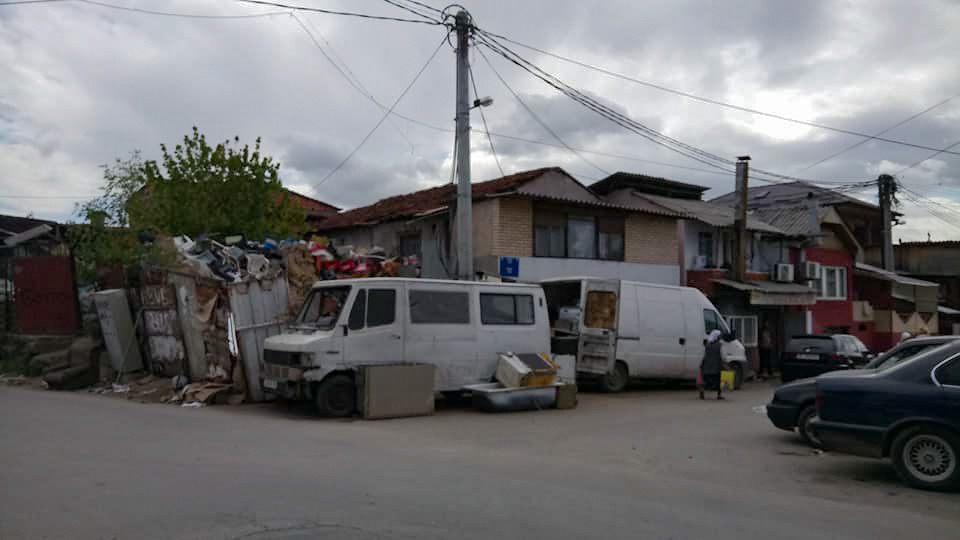 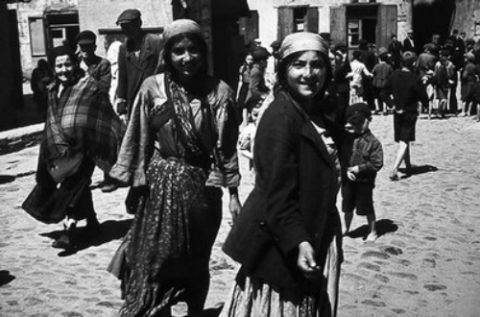 During this year’s Gypsy Roma Traveller History Month, historian Rainer Schulze reminds us of the systematic persecution the Roma and Sinti suffered during the period of Nazi rule in Germany and in Nazi-occupied Europe.
Rainer is Professor of Modern European History at the University of Essex and the programmer of the University of Essex’s annual Holocaust Memorial Week. In today's blog, Rainer introduces us to two Roma survivors of the persecution in former Yugoslavia during the Second World War.
Around 15 years ago, the poet and human rights activist Paul Polansky interviewed Roma who lived through the Second World War in various parts of former Yugoslavia. These oral histories document the diversity of the Roma experience of oppression and persecution in south-eastern Europe during this period.
One of those interviewed was Katica Djurdjevich. She was born in 1921 in the small Croatian village of Viri into a Lovari Roma family. She grew up in the traditional Lovari way. Her father travelled with a horse and a wagon through the neighbouring villages selling bits of household goods and helping out on the fields, while her mother was a fortune-teller. Katica married very young and quickly had two children. Her husband Milan Shain was a Kalderash Rom, and she moved to Pitomača in northern Croatia to join his family, where she supported the family’s income by fortune-telling – a skill she had picked up from her mother and her grandmother.
While most Roma in rural Croatia had always been poor and lacked access to education, it was only when the war came to Yugoslavia in 1941, and the Ustaše puppet state of Croatia was set up, that they were subjected to violence and abuse. Ustaše men roamed the countryside forcing Roma to work in the fields. Many Roma women were raped. One night the Ustaše rounded up the Roma of Pitomača and made them play and dance for cheap thrills. Katica remembered being hidden on several occasions by her husband when Ustaše men forcibly entered their house. She was constantly living in fear.
The first to be taken away were Katica’s family in Viri. They were deported to Jasenovac concentration camp where they were murdered. Katica’s husband and uncle were selected for forced labour in Germany because of their physical strength. Then one night towards the end of the war, Katica, her two small children and the remaining members of her husband’s family were also rounded up, put on cattle cars and transported to Jasenovac.
When they reached the camp after eight days, they were informed that they could go home again. Orders had changed and, as ‘non-nomadic Gypsies’, they would no longer be incarcerated. They were sent back to Pitomača in the same cattle cars, but when they arrived they found their houses looted, broken or burnt down by the Ustaše.
Katica’s husband eventually returned home after the end of the war, but there was never any compensation for the forced labour he had to do in Germany, for the persecution the rest of the family suffered in Croatia, or for their loss of property. In fact, almost 50 years later, during the Croatian War of Independence 1991-95, the old fears of the Ustaše returned: ‘The Ustaše Croats hate us: they hate us only because we are Roma.’
Remzedin Durmishevich was born in 1923 in Niš, southern Serbia where his family lived in the Roma neighbourhood. His father worked in the railway workshop, his mother stayed at home raising the four children. When the German army occupied Serbia in 1941, most Roma men from Niš were taken to Crveni Krst concentration camp, where some of them were murdered, while others, including Remzedin, were made to work for the Germans. They had to wear yellow armbands identifying them as Roma.
In 1942, Remzedin was deported to Germany for forced labour, together with his 14-year-old brother, and was made to work in a factory in Osnabrück, north-west Germany. He managed to escape in 1943 with a forged vacation pass and secretly returned to Niš where he found his mother and remaining brother and sister hiding in the ruins of the old Roma settlement. Remzedin joined the communist Partisans fighting against both German troops and the Serbian nationalist Četnik militias. He felt the Partisans did not discriminate against Roma and did not use the term ‘Gypsy’.
Remzedin returned to Niš in 1946 and found a job at the same railway workshop where his father worked. Many of the Roma population of Niš had returned, but life was harsh: ‘Serbs did not want us because we were ‘Roma’.’
These stories show the different ways the Roma were brutalised during the period of the World War Two but, perhaps even more disturbingly, they also point to the continuities of Roma discrimination and anti-Roma racism from the period before the war to the post-war period, right through to the present day. 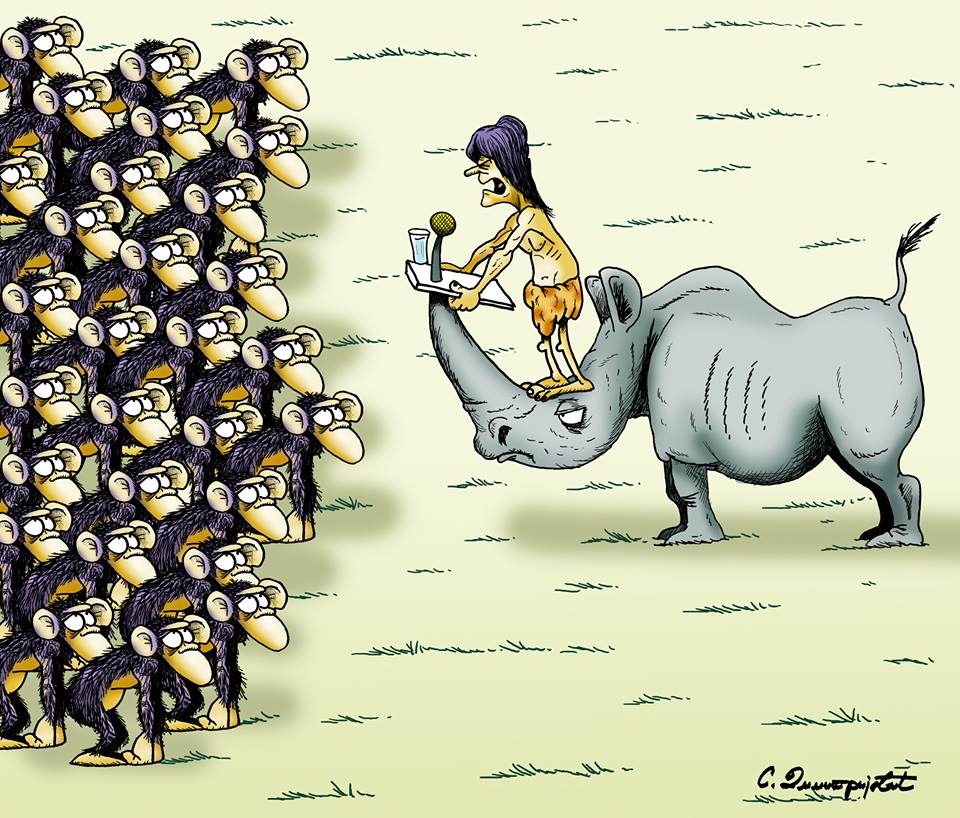 In this context, here are some famous quotes from celebrities and related politics. So in the future, decide for whom and how you give your vote!

- Every political friendship has its own goal. When it does, it breaks down!

- In order to become a master, a politician must at the start be presented to you as a servant!

- Politicians everywhere are the same: They promise to build a bridge - and where there is no river.

- If you are in a high position, and you are praising - or lied to you, or planning to deceive you

- The art of war is an art of destroying people, and politics is the art of lying

- Is not politics just a skill of lying at the right moment?

- The future politician never believes in what he is talking about, and he will always be surprised when others believe him.

We have 39 visitors watching ROMATIMES.NEWS