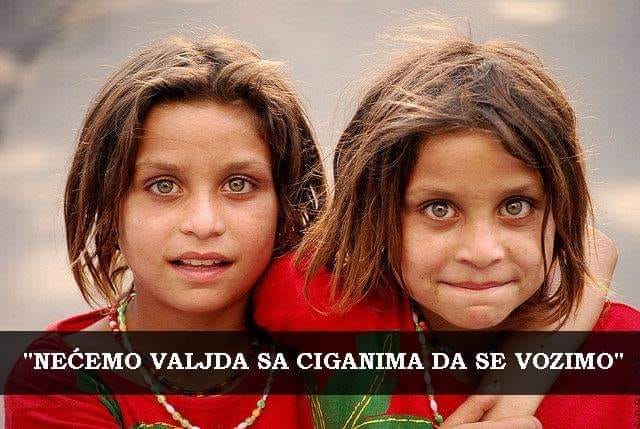 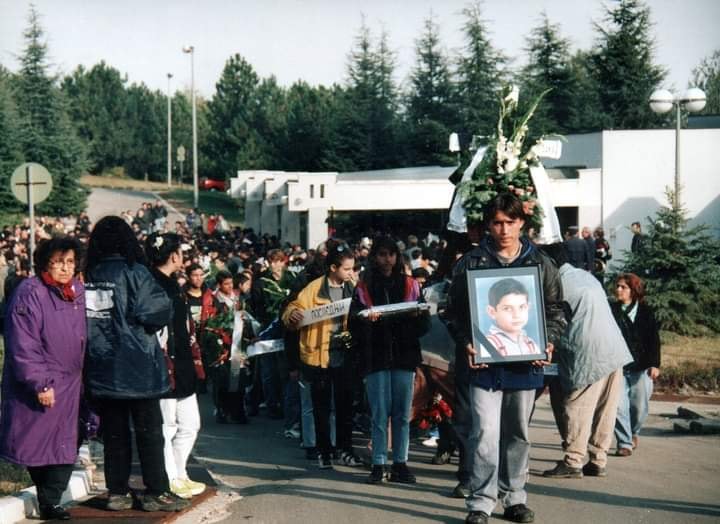 Dušan Jovanović was a 13-year-old ethnic Romani boy from Belgrade, FR Yugoslavia, who was murdered on 18 October 1997 by two 17-year-old skinheads. He was beaten to death on the Beogradska street in downtown Belgrade while going from his family home to a nearby grocery store. The only reason for the murder was Jovanović's Romani origin.

Dušan Jovanović was a 13-year-old boy who was living with his family in the Beogradska street near the Slavija Square in Belgrade. In the evening on 18 October 1997, his father Aleksandar gave the boy some money and sent him to a nearby grocery store to buy Coca-Cola. On the way to the store, Dušan was attacked by two members of the far-right skinhead movement. Upon recognizing his Romani origin, they ordered him to give them the money before throwing him to the ground, kicking him with metal-toed boots and striking him with a broken piece of rain gutter. Jovanović died from a broken neck. The only reason for the assault was Jovanović's apparent Romani origin.

Aleksandar Jovanović began looking for his son. He eventually found Dušan's body covered in blood, lying on a flight of stairs.

Police quickly identified the two murderers as 17-year-olds Milan Čujić and Ištvan Fendrik from Zemun. In March 1998, the Belgrade District Court sentenced the two to the then-maximum sentence for minors: 10 years in the juvenile prison. They were sent to serve their sentences in the Juvenile Prison in Valjevo. Their sentences were later commuted by the court. Fendrik was released from the prison on 1 April and Čujić on 30 April 2004.

While in prison, Fendrik was interviewed for the NIN weekly. He claimed that he was not a member of any political party, nor a neo-nazi or a member of the hooligans supporting FK Rad (as was speculated by the media). However, he admitted that he was influenced by far-right politics at the time of the murder. Fendrik showed remorse during the interview, and also after he was released. Čujić has stated publicly that he feels no remorse.

Dušan was buried two days after the murder, and hundreds of people attended his funeral. Soon after the tragedy, Jovanović's family moved to another house in the Mirijevo district of Belgrade. His mother committed suicide by hanging in July 2015 after other failed attempts. A sister, Kristina, born about three years after Dušan's murder, said that their mother "could never accept that her son was gone," and had expressed a desire to be with him for his birthday (August 1). Aleksandar Jovanović father also suffered several heart attacks and two strokes, and died in late 2016.

On the tenth anniversary of the murder, 18 October 2007, Serbian president Boris Tadić dedicated a memorial plaque for Jovanović in the Beogradska street on the house number 33, in front of which the boy was murdered. 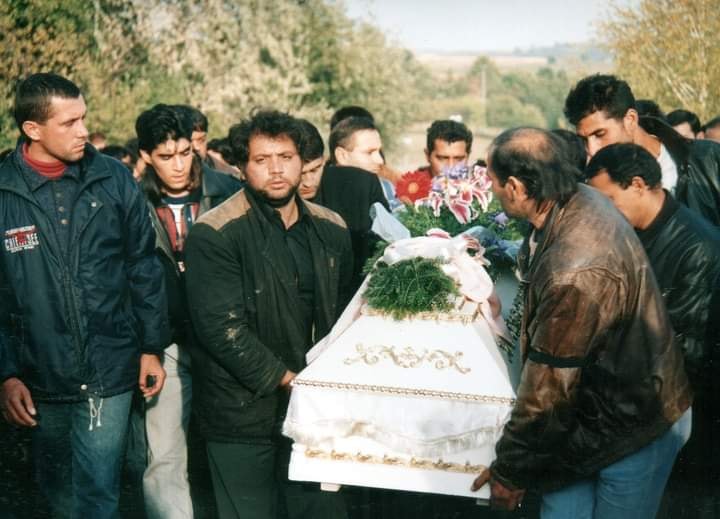 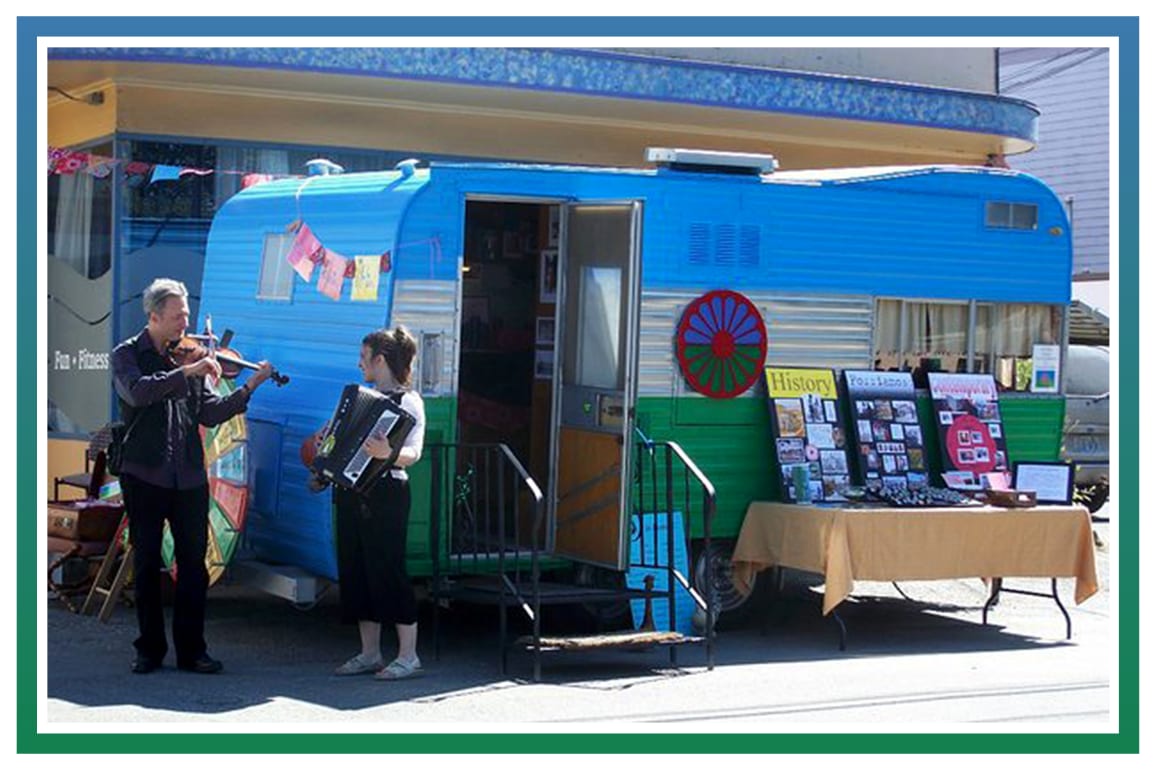 The one million Roma in the U.S. are used to living in the shadows, but lately activists are actively promoting a sense of ethnic identity
In the U.S., they’re scattered: coming from a multitude of countries, speaking many dialects, practicing disparate traditions, and observing various levels of traditionalism. But few Americans realize that there are Roma living in their midst, or that they’ve been here since the beginning—three Roma are said to have accompanied Columbus on his second voyage to the New World. And the Roma count a number of high-profile figures in their ranks. Guitarist Django Reinhardt was Romani, and some theorize such disparate icons as Charlie Chaplin, Michael Caine, Elvis Presley, and even former President Bill Clinton come from Roma roots.
Undocumented by the U.S. Census, American Roma may keep their heritage under wraps, but when it does emerge, they’ve faced discrimination from friends, landlords, waiters, classmates, strangers, cops, store clerks, and professors. Many were raised with warnings not to tell others of their ethnic identity, and so they remain a hidden ingredient in America’s melting pot.
“American Roma come from many different sub-groups, so it is hard for them to organize when they may have little culturally in common,” says Dr. Carol Silverman, head of the anthropology department at the University of Oregon. But in the past decade, a new crop of activists has emerged, and they’re forming advocacy organizations and school programs to aid their underserved communities, determined to set the record straight on their cultural identity. But each headline-making event or raid can set their work back. Dr. Silverman calls the recent news from Europe “devastating for American Roma.” 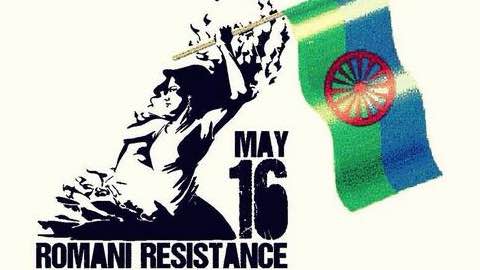 Today marks the 76th anniversary of the uprising of the Roma people as another victim and target of Nazism, which is rarely talked about in public.

On May 15, the highest command of the Nazi police decided to kill all the prisoners in the so-called "gypsy camp" in order to free up space for the transport of Jews from Hungary.

On the night of May 16, 1944, some 6,000 Roma from the Auschwitz-Birkenau concentration camp faced extinction in a desperate attempt to save their lives and oppose the German SS.

The Roma are raising the uprising with improvised weapons, fighting the soldiers with stones, iron pipes, wooden panels, barbed wire and smuggled planks. They managed to repel an attack by hundreds of German soldiers. They manage to delay the extinction. The next day, the German army, regrouped and heavily armed, quells the uprising. Half of the 6,000 detainees were sent to other camps, and the rest were killed on August 2.

However, such forms of resistance are largely not mentioned, nor are they adequately marked in today's commemorations of the struggle against fascism. In recent years, initiatives have been launched by Roma activists, recalling the historical resistance of the Roma people in brutal Nazi camps and (following the example of other movements) by updating the topic of reparations for past and current racist violence.

However, the failure of modern Europe in terms of the Holocaust against the Roma must be noted. Various programs adopted over the years to repair Holocaust victims provide financial compensation to certain groups, such as Jehovah's Witnesses, people with disabilities, and LGBT victims - some of whom include Roma. But reparations programs for Roma victims have not yet been adopted.

May 16 is a day to commemorate the resistance of the Roma, a lesser-known and forgotten target of Nazi Germany's racist policies.

We have 381 visitors watching ROMATIMES.NEWS