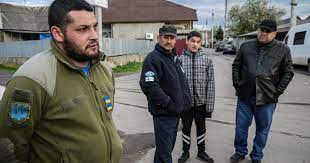 Members of the Roma community proudly serve in Ukraine’s army fighting against Russia, but some fear the discrimination that awaits them when the war ends.

“It was his dream to defend Ukraine,” 23-year-old Angelina Debyosh says of her husband, who is fighting Russian forces in Mariupol, on the other side of Ukraine.

In her small and bare house with a sloping floor in Uzhhorod, in the war-torn country’s southwest, a gaggle of kids crowd onto a loose mattress that serves as a main piece of furniture.

Debyosh’s husband, 31-year-old Igor Kotlar, is a former taxi driver who enlisted in the Ukrainian army in 2018.

They share five young daughters and are both of a Roma background.

The road through their settlement, Radvanka, which runs next to a cement factory in the border city near Hungary and Slovakia, is pockmarked.

Houses here are visibly hand-built from cinder blocks, some with gaps in the walls, and lack gas and running water.

Despite being persecuted and marginalised throughout Ukraine’s history, the Roma minority – an estimated 400,000 people – have contributed enthusiastically to the war effort.

In dilapidated Roma neighbourhoods like Radvanka, Ukrainian flags are often seen fastened to walls or on flag posts. 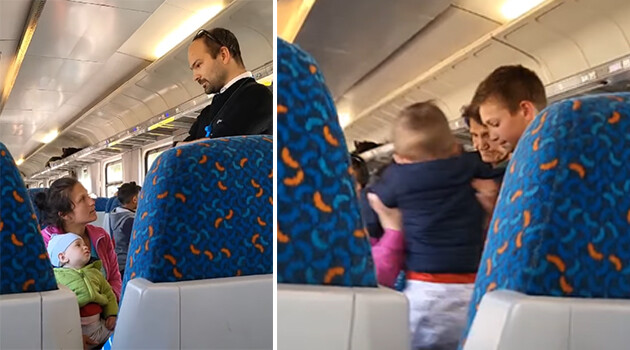 A video has gone viral on Facebook of a Czech Railways (ČD) conductor arrogantly, bluntly forcing a group of Romani mothers and their young children off of a train and has already received almost 400 000 views. Apparently the children and women are all Romani refugees from Ukraine.

Czech Railways denies the conductor committed any error whatosever and claims the group refused to present any personal identification or tickets. "Unfortunately, the recording does not capture the entire event from the beginning of the ticket check, when the conductor asks the passengers to present either tickets or the travel documents that would entitle Ukrainian refugees to travel on interstate transport free of charge. The conductor asked several times them to present their tickets, or their personal identification, or to pay the fare," Petr Šťáhlavský, spokesperson for Czech Railways. 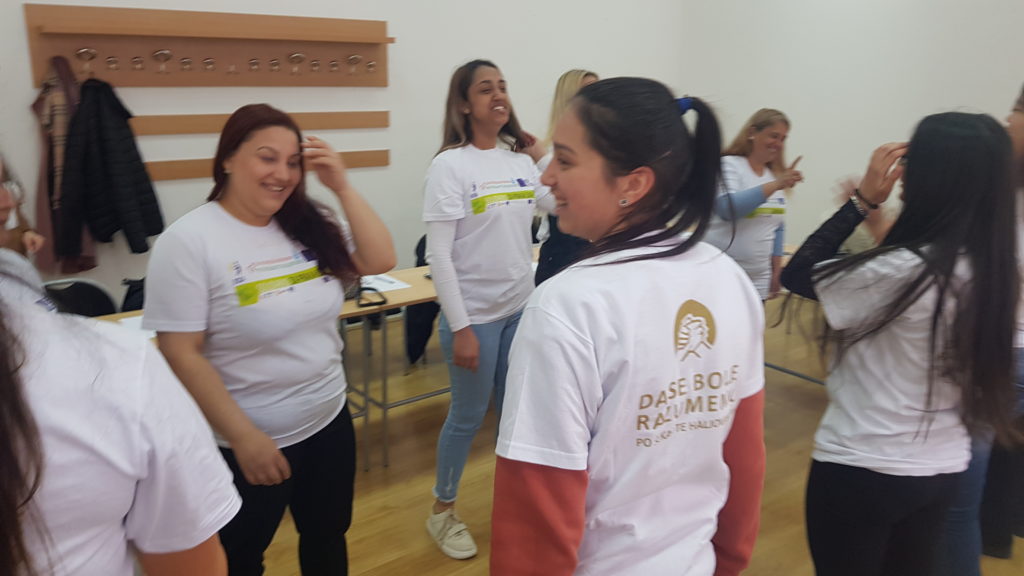 More than a third of young people in Serbia have suffered physical and digital violence, almost three-quarters verbally, 21 per cent of girls have been victims of sexual violence and compared to last year, the number of those exposed to some form of discrimination has increased. Serbia, which dealt with the safety and health of young people, writes RTS.

Poor family relationships, lenient penal policies and the absence of important social values ​​have been identified as causes of violence. When it comes to health, the stress at work and during education, irregular physical activity, but also the state of the environment are the worst assessed.

- As causes of violence this year we can see some trends and patterns that are repeated. Bad family relations, poor penal policy, the decline and absence of social values ​​in the country, the ubiquity and relativization of media violence - all contribute to the insecurity felt by young people. "When it comes to the type of violence they often suffer, although most said it was verbal, digital as a relatively new type of violence, especially among younger age groups, it is extremely dominant and important to address," said Miljana Pejic, secretary general. of the Roof Youth Organization of Serbia (KOMS) 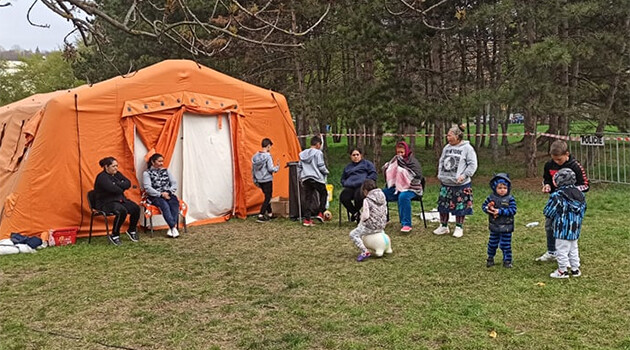 The operation of tents for emergency overnight stays of refugees from Ukraine at the Regional Assistance Center for Aid to Ukraine (KACPU) in Prague's Vysočany quarter is all in order, according to the Deputy Mayor of the Prague 9 Municipal Department Adam Vážanský (Civic Democratic Party - ODS), who informed the Czech News Agency (ČTK) that the facility is fine after visiting it yesterday. The Mayor of Prague 9, Tomáš Portlík (ODS), had previously said the management of Prague 9 had asked the city council to remove the tents near the center in which Romani refugees from Ukraine are now living.

The Mayor of Prague 9 said problems had arisen near the tents. Vážanský has now told ČTK that  Mayor Portlík's statements involved a "misunderstanding".

According to Vážanský, the mayor was speaking about two tents that have been removed over the last few days. The KACPU in Prague has been located in a building on Freyova Street since 14 April.

We have 496 visitors watching ROMATIMES.NEWS