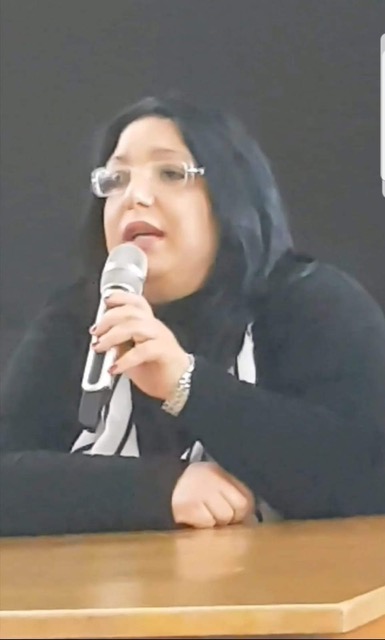 - I am an Italian Romani human rights activist who fights against double discrimination, as a woman and as a Roma. In fact in Italy even if there is equality between men and women, in practice it is not so: There are from 10 jobs men 9 and only one woman. For us Roma women, inequality is even more marked. Italian Roma women are precluded from any possibility of social equality. We women activists struggle with great difficulties.

- I would like the IRU to give more space to the Roma women who are many today. The Roma women create an active network to support women who are discriminated against and also victims of violence not only physically but also economically. That is, without any financial possibilities. It is necessary to do more conferences for women and also legal protection.

Mrs. Di Rocco collaborates with 4 legal offices in Italy against Roma discrimination. She collaborates with CIDU Italia (International Court for Human Rights) and with ERRC (European Roma Rights Center) and she is a member of the RSC Forum (Roma, Sinti e Camminanti) established by UNAR - Anti-racal discrimination office at the Ministry of Equal Opportunities of the Italian Government.

She is a member of the board of UCI - Union of Romanes Communities in Italy and President of the Amici di Zefferino association and the ROMANì KRISS association.

Giulia is a cultural mediator at schools and universities and also a creator of the Italian female Roma movement ROMANI PINA - Roma Sisters. She is a protagonist in the short film "GIULIA" auto biographical film that talks about the discrimination of Roma women at school. Giulia is the only Italian Roma to represent the Roma for 3 consecutive years for the Day of Remembrance at the Italian Government. She donated the Roma flag to the President of the Italian republic, to the Pope and to the Government (Ministry of Equal Opportunities and Ministry of Education) in Poland for August 2nd in Auschwitz-Birkenau.

Mrs. di Rocco is in the political party PD (Democratic Party) the only Roma woman and a coordinator of women's democrats. She collaborates with Avokato Rromano in France. And she also has time to write poems in Romani language.

Happy Women's Equality Day to all the wonderful Romani women! 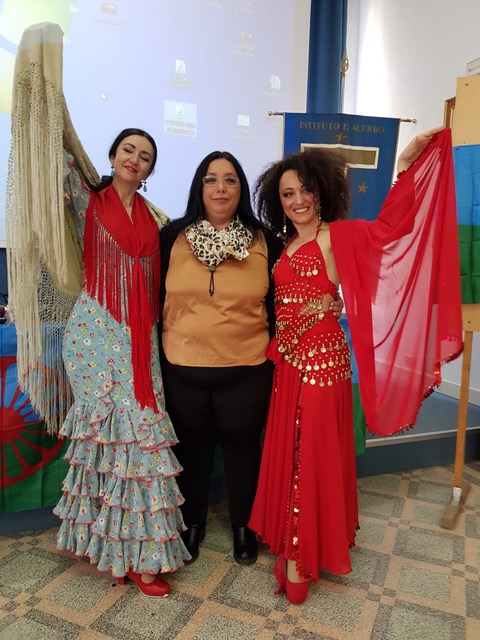 We have been witnessing for decades, although it is mentioned "full mouth" that there is employment in the Roma community, whether in the public or private sector, that the situation is actually completely different. Even the small part of Roma employees who are engaged in work comes down to that easy and uncertain form of employment - Contract in action. What are the benefits and security of that type of employment need not be spent words. This practice has been practiced for decades, and it is always the same again. The companies that employ them with benefits from the state have the greatest benefit from all that, not all of it is "short-lived". Some time, then? Then you know - nothing is certain!

Instead, a number of Roma associations, etc., which deal with this type of issue in the Roma community "spent a ton" of paper by writing and proposing a plan and strategies for business sector development with emphasis on the Roma community, the state somehow by habit he puts it all "under the rug". And all those proposals and action plans were made precisely to provide the vulnerable community in the country - Romania, with some lasting systemic solutions for economic and financial progress. But there is still nothing of that. And again, as before. Roma are hired at work, but in a way that is painless for them - a contract in place. Usually a month, three or six. And then ..- health !. And what are the benefits of that. That Roma will take a minimum wage for a while, but without the right to health and social protection, regression leave, etc. And companies are grabbing financial support to employ this category of people as long as it is profitable for them.

It is necessary for the state to focus on realization for secure and long-term employment of the Roma community, and to avoid the danger of social and economic dependence, more precisely to reduce the need to use social assistance.

A Chinese proverb says: “Gifted fish is eaten in one day. "Learn to fish so I can eat my whole life." 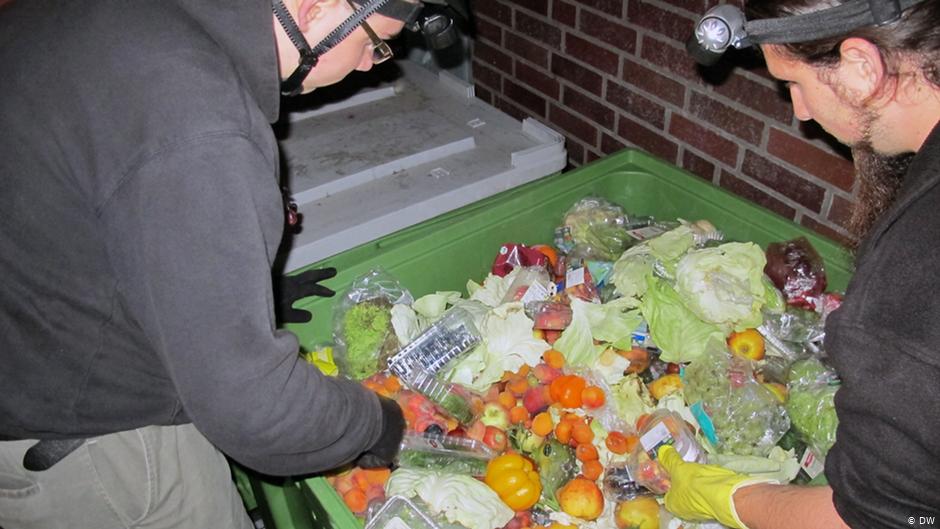 Whoever saves food from garbage containers in the markets is committing a crime, says even the Constitutional Court in Germany.

Germany's highest court this week announced a negative verdict in a case called "Containerization". This is the name given to the rescue of food products from waste containers in supermarkets. Hard to believe, but true: whoever saves fruit, vegetables, cheese or any other edible product from senseless destruction is committing a criminal offense in Germany.

Two young women, Caroline and Franciska, were therefore convicted in 2019 by a court in Fürstenfeldbrook (Bavaria) of theft: eight hours of social work and a 225-euro fine, suspended. The two students did not want to accept the verdict and filed a complaint with the Constitutional Court. It has now been denied to them, explaining, among other things, that the legislature "should in principle protect the right to property even for economically worthless things".

Not to mention the estimated 800 million hungry people in the world's poorest regions. 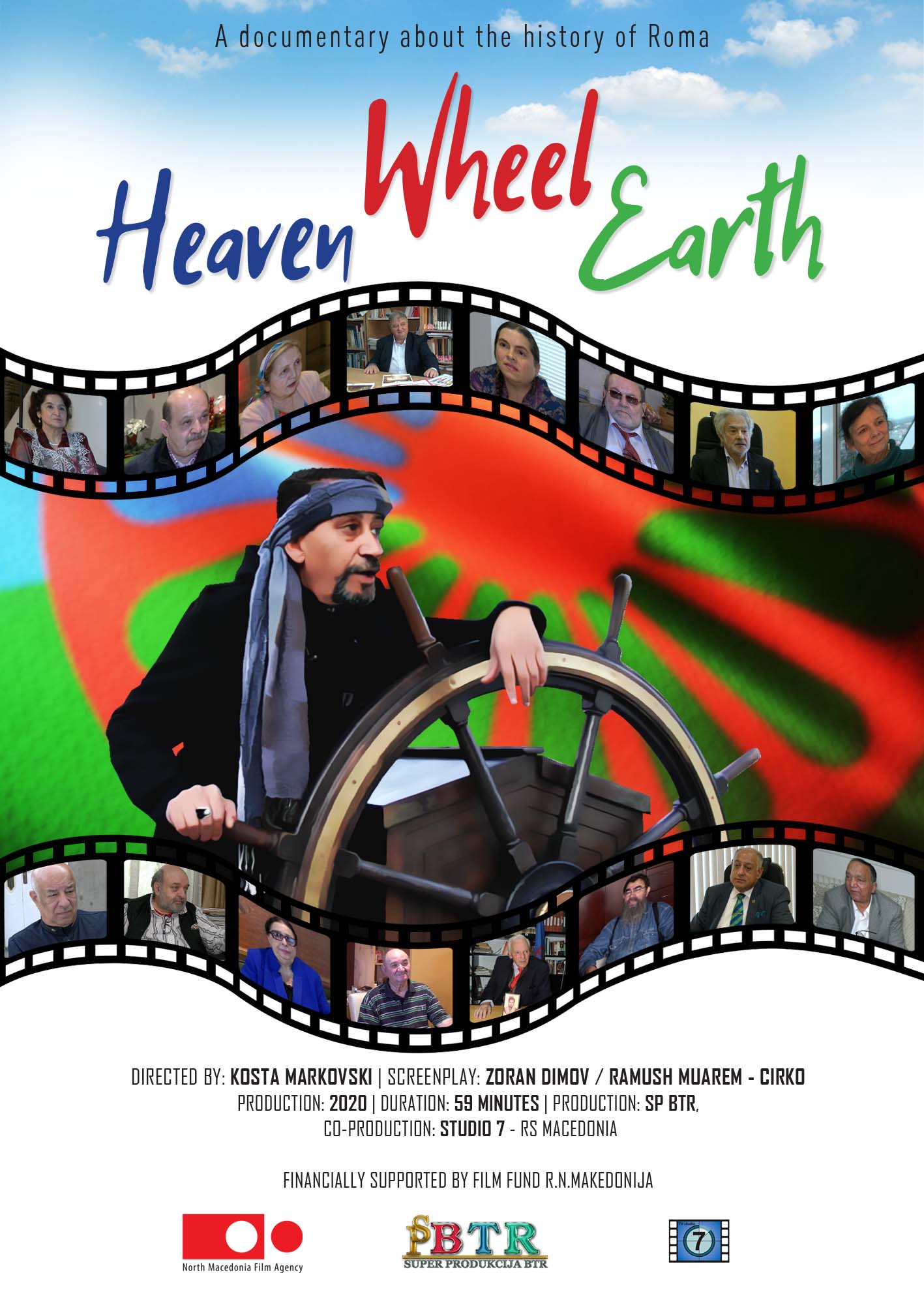 A documentary about the history of Roma "Heaven-Wheel-Earth"

They are beside you and your environment, but how many of you, know about the Roma?

How much you know about their affluent and far-reaching history, tradition and culture?

What do you know about their language?

Was their life as cheerful as their music, or is it as oppressive, severe, vexatious and dark as their skin-tan?

Why is the derogatory word "Gypsy"?

Why are they fighting for the use of the term - ROM?

Did you know that on his fourth voyage of Christopher Columbus in the discovery of American soil, the crew included four Spanish Roma, one of them was the first who saw the American soil?

That is why SP BTR invites you on August 31, 2020 - Monday starting at 8 pm in the Cinematheque of Macedonia for the premiere of the new Documentary film "Heaven - Wheel - Earth" Produced by SP BTR and co-produced by Studio 7.

We have 289 visitors watching ROMATIMES.NEWS